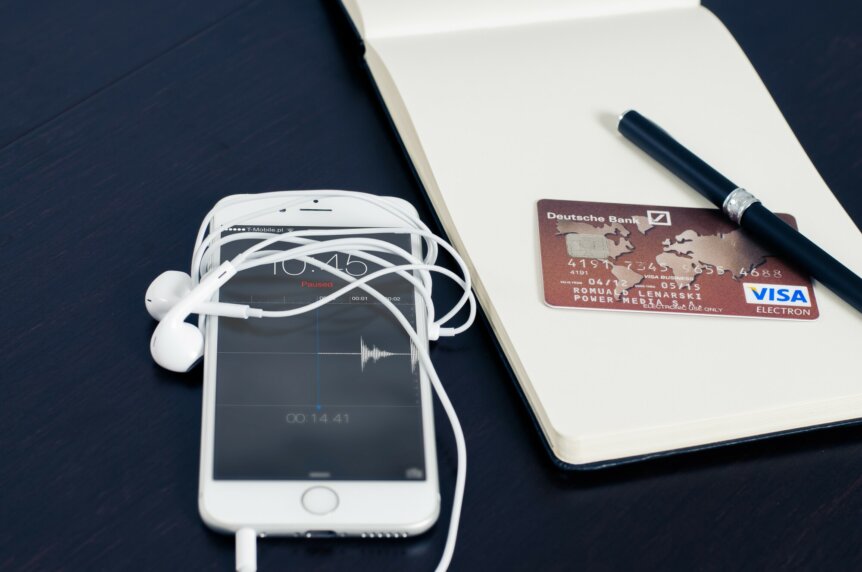 If you’ve ever wanted to live in the United States, one of the first questions you’ve likely asked is “How will I make a living there?” Whether you plan to work for your current employer or start your own business, you’ll need some sort of job to keep you afloat. Your job will also determine what sort of visa you may be eligible for in the United States.

There are a number of business-related visas you can apply for, depending on your situation. Read on to learn a little more about different business visas and determine which ones you might be eligible for.

There are several reasons you might be looking to conduct business in the United States for a short period of time. Perhaps you need to negotiate a contract with a business or individual, make investments in the United States, or attend a conference or business event. Whatever the case, a B1 visa can be a great option for short-term business dealings.

The B1 visa is only valid for six months and is geared towards people who do not intend to stay in the United States long-term. When you’re on this visa, you can negotiate terms on business deals, but you cannot sign any contracts. You can, however, fly in and out of the United States as many times as needed while your visa is valid.

EB visas are a category of permanent visas designed for people looking to work in the United States long-term. These visas are employment-based (giving them their name) and come in five different categories.

EB1 visas are designed for people who demonstrate extraordinary ability, are outstanding researchers or professors, or are multinational executives or managers. EB2 applicants should hold jobs that require advanced degrees and/or have exceptional abilities. EB3 visas are meant for immigrants who are skilled workers or professionals who have at least a bachelor’s degree or two years of training and experience in their field.

EB4 visas cover religious workers, broadcasters, employees of the U.S. government, members of the U.S. military, physicians, interpreters, and other immigrants in special circumstances. EB5 visas allow investors to apply for a green card as long as they make a large enough investment in a U.S.-based company.

An E1 visa is a type of treaty trader visa geared towards entrepreneurs looking to start trade with the United States. The business may operate in the United States or in the investor’s home country, and this trade may involve physical or nonphysical services. There are a few requirements investors must meet to qualify for an E1 visa.

An entrepreneur looking to apply for an E1 visa must come from a country that maintains an appropriate treaty with the United States. More than 50 percent of the business must involve trade between the investor’s home country and the United States. And the investor must be engaging in “substantial trade,” which can vary in specific amounts.

Like an E1 investor, an E2 visa applicant must be from a country that maintains a treaty of trade and navigation with the United States. They must be coming to the United States for the sole purpose of operating their business. And they must have at least 50 percent ownership in a company that is not marginal in order to get approval.

There are several classes of H visas designed to help employees who already have active job offers in the United States. H-1B visas help immigrants who work in a specialized academic or professional field and who have specific expertise. These applicants must have a college degree or the equivalent training in their field.

H-1B visa applicants must have a job offer from an employer in the United States, and their new job must require specialty knowledge or training. They have to have proof of a bachelor’s degree or equivalent training in their field. And their employer must be able to show that there aren’t any qualified applicants for the job living in the United States.

In general, H-2A visas are only valid for a year, and applicants must come from eligible countries. Employers seeking these visas must show that there aren’t enough workers in the U.S. who are able, willing, qualified, and available to do the temporary work. They must also show that hiring these workers won’t have a negative impact on U.S. employees who hold similar jobs.

H-2B visas are very similar to H-1B visas, but the sectors of work they focus on are different. In particular, these visas cover temporary employees who work in non-agricultural fields, such as hospitality or retail. Most of the time, employers seek these visas for temporary workers they want to hire in from other countries.

An employer applying for an H-2B visa must show that there aren’t enough willing, able, qualified, and available employees to do the jobs they’re hiring for. The job they’re hiring for must be temporary, either because of a one-time increase in demand, a seasonal need, a peak load, or an intermittent need. These visas are good for one year and cannot be extended past a period of three years.

H3 visas, like the other H visas, are temporary visas and are good for up to two years. However, these visas are meant not for employees, but for those training for jobs that they’ll hold outside the United States. The only exception is that applicants cannot be entering the United States to get graduate medical education.

I visas allow members of the media from other countries to temporarily live and work in the United States. Applicants can work in a variety of different media outlets, including press, radio, film, or other informational companies. These employees can work in any role of the media company, including editors, reporters, film crews, producers, and so on.

The qualifications for an I visa are fairly simple: you must be able to demonstrate that you are a bona fide member of a foreign media company. You must also show that you play an essential role to the activities of that organization. The period of stay for this visa can vary and will be stamped on your Arrival/Departure Record.

L visas are geared towards employees who already work for a company that has locations in the United States. If an employee receives an internal transfer into the U.S., an L visa can grant them the entry they need for their new position. There are two types of L visas: L-1A and L-1B.

An L-1A visa allows executives or managers in a company to move to or establish an office in the United States. L-1B visas allow an employee with specialized knowledge to join or establish a U.S.-based office. Employees joining an existing office can stay for three years; those establishing a new office can stay one year.

O visas are similar to EB1 visas in that they cover immigrants who have special abilities in their field. In particular, an applicant should have received some sort of national or global recognition for their professional achievements. Unlike the EB1 visa, an applicant need not have a job offer in the United States to apply for this visa.

P-1A visas cover internationally recognized athletes, and P-1B visas allow members of internationally recognized entertainment groups to enter the United States. P-2 visas are geared towards people performing as part of a reciprocal exchange program. And P-3 visas allow artists or entertainers who are part of a culturally unique program to enter the country.

R visas allow religious workers to enter the United States for the purpose of performing ministry. This visa is temporary and can be extended for up to five years, although the initial period of stay is two and a half years. A person on an R-1 visa must plan to work an average of at least 20 hours a week in a religious occupation during their time in the United States.

Depending on which country you come from, you may be eligible to apply for a TN NAFTA visa. The North American Free Trade Agreement (NAFTA) grants special trade relationships for citizens of Mexico, Canada, and the United States. Professionals living in Canada or Mexico may be able to enter the United States for work for up to three years.

If you live in Canada, you may not even need to apply for a visa in order to get into the United States as a nonimmigrant. Mexican citizens can apply for a visa if their profession meets TN NAFTA visa requirements. You must have a job at a company based in the United States, and you must be qualified to practice in that profession in order to get approved.

Business visas can be a great way to get into the United States and launch the next phase of your career. Whether you’re training for a job back in your home country or looking to launch your own business, you can find a visa that works for your needs. Make sure to thoroughly read all the qualification requirements and consider talking to an immigration attorney before you begin the application process for any of these visas.

If you’d like to learn more about different types of business visas, check out the rest of our site at Advanced Franchising Solutions. We’re here to help you own your own business, rather than your job owning you. Get a free franchise education today and start taking control of your career.