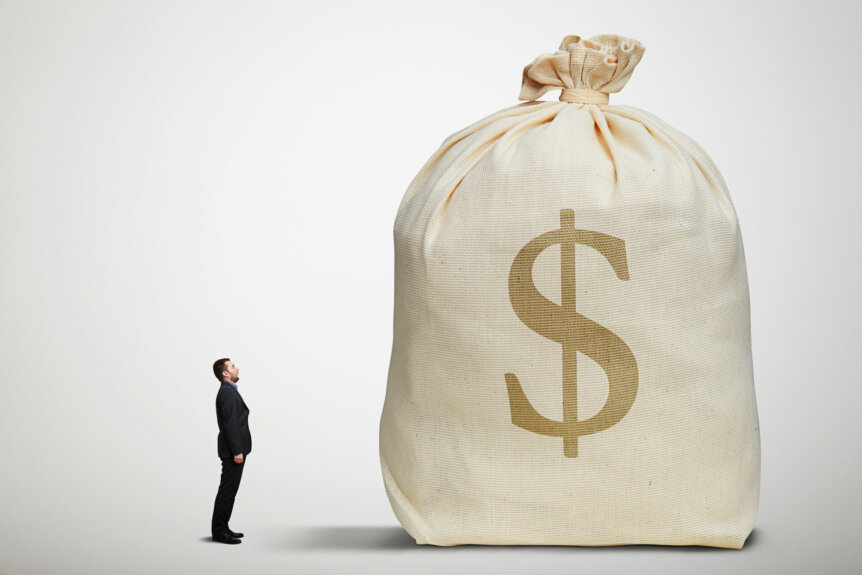 Class E visas are among the most popular types of business immigration visas to the U.S., especially the E2 investor visa. Not only do you get to invest in a U.S. enterprise, but you can use that investment to qualify to come to the U.S. and make sure that business lives up to its fullest potential.

But first, you have to pass one of the most important qualifying criteria: the E2 visa investment.

What is the E2 visa minimum investment, and how can you be sure your investment qualifies? Here’s everything you need to know before you take the plunge and invest in a U.S. business.

An E2 visa is a type of nonimmigrant visa, i.e. a visa issued to foreign travelers entering the United States temporarily for tourism, business, medical treatment, and certain forms of temporary work.

The type of nonimmigrant visa you need is determined by your reason for coming into the country. There are dozens of categories of nonimmigrant visas, many based on profession (au pair, athlete, foreign military personnel) and some unique to a country (such as FTA Professional visas for Chileans and Singaporeans or visas for NAFTA professional workers from Canada or Mexico).

The E2 visa is specifically issued to individuals traveling to the United States to develop and direct the operations of a United States business in which they have invested significant capital.

Requirements for an E2 Investment Visa

In order to qualify for an E2 investment visa, you must be an investor (as a person, partnership, or corporation) with citizenship in an E2 treaty country. The good news is that there are more than 60 E2 treaty countries, though you should check your country individually–some have particular rules and exceptions, particularly in relation to territories. Denmark’s treaty, for example, does not include Greenland, while the Netherlands’ treaty applies to Aruba and Netherlands Antilles.

The key element of the E2 investment visa is, well, the investment. Immigration law only states that it must be a substantial investment made with irrevocable funds or assets. It must be made in a legitimate, operating U.S. enterprise–paper companies do not qualify. Furthermore, you must be traveling to the United States to develop and direct the company.

How the E2 Visa Works

As with any other type of visa, issuance of the visa does not necessarily guarantee entry into the United States. It simply means that a consular officer at a U.S. embassy or consulate has reviewed your application and determined that you are eligible for entry for a specific purpose. Upon arrival at a port of entry, a CBP officer will conduct an inspection to verify your eligibility for admission under U.S. immigration law.

The nice thing about the E2 visa is that it’s defined by your country of origin, which means as long as you have citizenship, you pass the first qualifier. Plus, because the E2 visa is a nonimmigrant temporary visa, it can theoretically be renewed indefinitely, which means you can continue coming to the U.S. even though you can’t technically live here permanently.

Here’s the catch: your nationality directly determines the maximum duration of your visa and how many times you can renew it. It depends on the country. U.K. citizens (Great Britain, Scotland, Wales, and Northern Ireland) could be granted an E2 visa with a five-year duration and multiple allowed renewals. Bolivian nationals only get a three-month maximum duration and can only enter once. Georgian nationals are in the middle–the visa’s only good for 12 months, but there’s no limit on renewals.

Basically, it depends on your country’s relationship with the U.S. and how much bargaining power your passport affords you. Check those limits in advance to make sure the investor visa will serve your purposes.

What is an E2 Visa Investment?

Other than nationality, the key qualifier for an E2 is the investment, which is the single largest cost attached to the visa. As you can guess, a small grassroots investment isn’t going to be enough to impress a consular officer into granting a visa.

Immigration language only states that the investment must be “substantial”. Sadly, “substantial” does not come with an attached dollar amount in the dictionary.

You can also think of it by comparing the cost of your investment with the cost of establishing a viable enterprise, or the cost of buying a comparable existing enterprise.

In plain English, your investment must be substantial enough that the business could not be successful without it.

That sounds like a high bar, but for an immigration officer, it’s an important signifier. It means that you’ve sunk enough capital into this business that walking out on it would be a major loss, and you have enough capital sunk into the enterprise that you’re highly motivated to ensure it succeeds. This is more or less the language U.S. Customs and Immigration uses to define substantial investment.

In many cases, would-be E2 investors choose to invest in an established business by purchasing it outright. In that case, the purchase amount would qualify as the investment, the funding is already committed to the business, and it’s an easy way to justify traveling to the U.S. to guarantee the success of your recent purchase.

Technically, the State Department says that loans used to secure assets of the investment enterprise will not qualify for an E2 visa. That said, buying a business isn’t like buying a tank of gas, and most people don’t have that much liquidity laying around. Consular officers know that, so there is an allowance for borrowing money to finance your purchase.

However, this can get you into tricky territory. Under immigration law, you must have control of the funds, though that may not be the case with financing. Since there are no official guidelines on how much of the money can be financed, this comes down to the consular officer’s discretion. Usually, it scales to the size of the investment.

For example, let’s say you want to purchase a franchise worth $1.5 million, but you only have $500,000 in liquidity. You choose to finance the remaining $1 million as a loan for the acquisition. In this case, a consular officer would most likely deny your E2 visa application since most of the investment money came from a loan.

As the name implies, active investing requires a hands-on approach in order to best the market, often achieved by working with a skilled portfolio manager. The idea is to take advantage of short-term price fluctuations to get the most value from buying or selling assets.

Passive investing is popular among average investors because it’s a buy-and-hold mentality with limited buying and selling, making it easier to manage for hands-off investors or those who don’t want to enlist a portfolio manager.

A consular officer wants to see an active investment since they want to see that you’ll be actively working with and managing the business upon arrival. This also means it must have the potential for growth. Buying land to develop a paper business into an operational one won’t work, but buying a majority share in an operational business and traveling to the U.S. to manage it will work.

This brings us to the central question: how much do you actually need to invest? What’s the minimum E2 investment amount?

As you can probably guess, the rules are not self-evident.

Is There an E2 Visa Minimum Investment?

The simple answer is that there is no minimum investment amount to qualify for the E2 visa–or at least, there is no hard dollar amount set in immigration law. That’s because immigration law recognizes that there’s a big difference between investing $50,000 in a $100,000 business and investing $50,000 in a $10 million business. It would be unreasonable to set that limit and treat all investors equally.

In fact, 9 FAM 402.9-6(D) explicitly states that no set dollar amount constitutes a minimum amount considered “substantial” for the purposes of an E2 application.

That’s good news for you since it means you may be able to invest in a business and qualify for an E2 visa even if you’re not a multi-millionaire. That said, it also makes it tricky for business investors to know what will qualify.

So…How Much Should You Invest?

As you can guess, while there is no hard legal minimum for what you need to invest, consular officers follow a rule of thumb, so legal advice usually abides by this unspoken handbook.

Unofficially, the minimum E2 visa investment is $100,000. Anything less than that and you’ll have to do a lot more work to show that you’re making substantial progress toward operational readiness. Also, for a low-cost business, the percentage invested is a lot higher compared to a high-cost business.

How Do Immigration Officers Determine How Much You Should Invest?

That said, immigration officers recognize that $100,000 is a big deal to a $200,000 business and chump change for a $10 million business. Because of this, $100,000 is used as a rule of thumb. After that, consular officers rely on the proportionality test.

For low-value businesses, you can only pass the proportionality test by investing a high percentage of the total value of the business. If the business is higher-value, you can get away with a lower invested percentage, though you must still prove that you’re coming to the United States to play an essential role in developing or directing the enterprise.

Either way, this usually means that you must be the principal investor. If you’re not, you must be an essential employee in an executive, supervisory, or highly skilled capacity.

The E2 visa investment can be stressful for a lot of first-time applicants. But the way we see it, it doesn’t have to be–it’s all about having a business plan that sets you up for success.

At Advanced Franchising Solutions, we offer you the tools you need to ensure your business success–whatever that means for you. Need a funding calculator? Give ours a try. Need a business assessment to figure out what franchise is the right fit? Our assessment is quick, easy, and effective.

So if you’re ready to own your future instead of letting your job own you, schedule a call today to learn more about how we can help you thrive.